I choose Henne Colour in Cuivre which is designed to draw out copper highlights in your hair.  There were other shades to choose from.  It is free from oxidizer, ammonia, p-phenylendiamine (PPD), parabens, and bleach.   It cost £7.49 which was less than the version by Lush.  Lush's version has great reviews but appears to be a block whereas Holland & Barratt's is a powder.

As a child, my mum told me horror stories about dying my hair.  It was meant as a deterrence but it left me with fear of turning my hair a hideous shade of green or purple.  Being a naturally shy person, I don't want to stand out.  Ironically, I was born ginger the least wallflower of all colourings.

Over the years, I've grown to love my individuality.  Ironically my colour has slowly dulled as my acceptance has grown.  It's still ginger but nowhere near as vibrant as the little girl who hated it.

I'm still not keen on chemical dye.  All my friends who do seem to live bottle to bottle and a constant dread of roots.  There is also the damage it can cause to hair.  I don't think I have the confidence to carry off being a bald chick.

Here are the major selling points for me:


Here were the things that were made me hesitant to try it:

Armed with the information that I had researched on-line I decided to go for it.

The box says it is suitable for blondes and brunettes.  However, on their website it says their products are suitable for everyone.

The box contradicts itself where it says "Henne Color is a henna-based colouring powder mixed with plant extracts.  Henne Color adds long-lasting highlight to the hair, giving it a personal touch."  then on the next line it says "It has no dying action."  Maybe haircare experts know the difference between dying vs colouring your hair - for me they are the same thing.

Mixing the Henna was really easy.  I poured the powder into a metal mixing bowl - I worried about dying my 25p bowl at the last minute.  I poured in boiling water and mixed the Henna with the salad spoon.  I kept adding water until I had a paste similar to a mud mask. 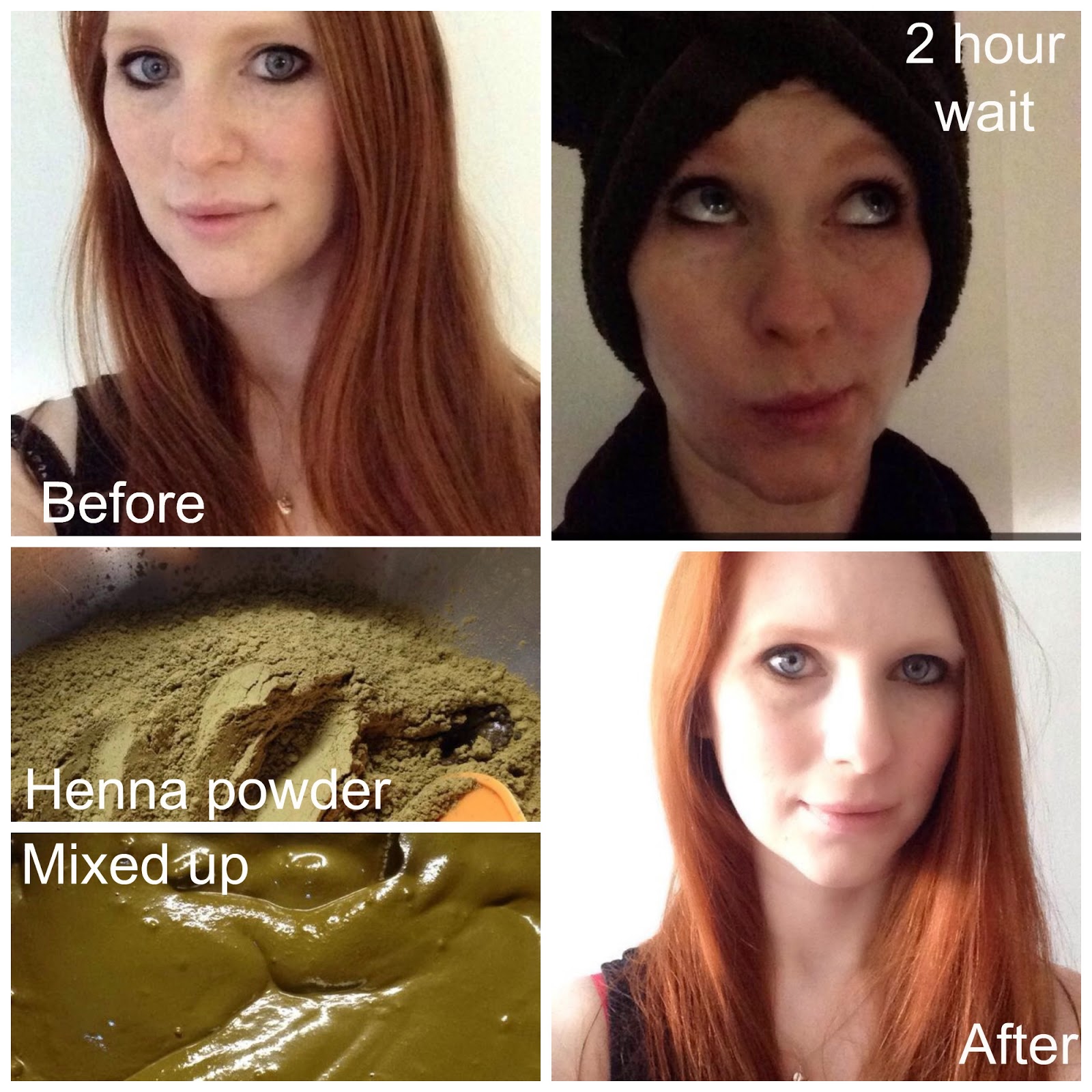 I left it too cool and prepared the bathroom.  I taped the sheet to the base of my bath tub to protect the floor. I then stripped off so not to ruin my clothes.  I draped an old towel over my shoulders and applied Vaseline to my ears and hairline and brushed out all my knots.

I then collared my husband into helping me to apply the Henna to my hair.  He wore the gloves and used the clips to move my hair around and the brush to paste it on.  He found applying the Henna very difficult because it thickens quite quickly - next time, I might try making it more runny.  He focussed on applying it to my roots and then down the strand.  Towards the end of the application we started to worry that we would run out of product because my hair is so long.  We only just had enough!

It felt like having a mud pack on my head.  My husband then helped wrap my hair in cling film and then I put a towel over it.  We then watched some TV for two hours before I then rinsed the Henna out over the bath tub.  I then blow dried it and went to bed.  The next morning I took the pic.  I waited because Henna can change as is oxides.

The bath need a serious rinse out when I was done but it wasn't as messy as people made out.  I think it is a too man job though.

As a virgin to colouring my hair I was still shocked even by the subtle change but after looking at myself a few times in the mirror I decided I like it and I would probably do it again.  I went out for Easter Sunday and nobody noticed I'd changed my hair which is perfect.  I didn't want a drastic change.  Henna works with your natural tones and the affect is as individual as you.

My hair feels healthier and looks brighter.  I'm definitely interested in doing it again but we'll see whether it fades or gives me roots...

If you want to try it out,  you will need:

I've been trying to keep everything separate:

All these things make up me and diving it up is limiting my posts.  From now on, I shall blog whatever I like and not be restrictive.  I think it will make my posts my frequent and personal.  It will give readers a better understanding of where I am coming from and my life.